Home » News » Industry Encyclopedia » Does Pocket Scale Bring Any Benefits for You?

Does Pocket Scale Bring Any Benefits for You?

In our daily life, we often use electronic scale to weigh various goods such as vegetables, fruits, meats and foods people eat. Here we will introduce one kind of special digital scale with small sizes, which is called pocket scale. This scale is often used to weigh all kinds of goods with small gram weight especially for the expensive goods. Because the price of the goods is very high, the gram weight must be very accurate. Here we will introduce some knowledge about the pocket scales. What is the pocket scale?

Seen from the name, we know that pocket scale is very small from the size compared with common scales. So it is also called mini scale, or portable scale, which means that it is convenient to carry anywhere, even it can be put in the pocket. This is also the reason its name comes from. In addition, there are also many pocket scales which are called bluetooth kitchen scales, food scale, apple scales and mobile scales according to the different appearances and uses. Usually pocket scale is used for weigh the expensive goods. Because we all know that the price of some goods is very expensive such as gold, precious metals and valuable medicinal materials and so on.

What characteristics does the pocket scale have?

There are many advantages for pocket scale. We know that it is small and exquisite in appearance, simple in operation and easy to carry. When you go out to purchase goods, you can put it in your bag. But the main characteristic of the pocket scale is accurate in gram weight, and its high accuracy can be reached microgram. Generally it is used to weigh gold and jewelry, so it has another name which is jewelry scale. And it often used on scientific research, medical experiments and factories. For common kitchen scale, people often use it to weigh the foods with small grams such as spices, wheat flour, cream and butter etc. when people cook cakes, biscuits and cookies. 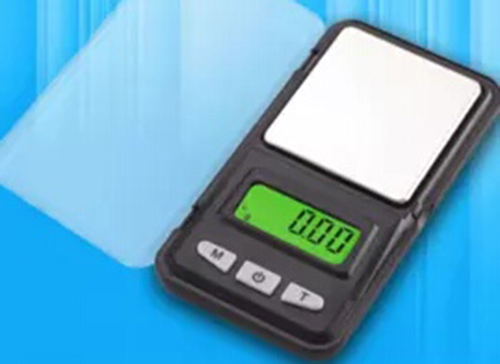 What is the range mark of the pocket scale?