What are Working Principles and Daily Inspection of Electronic Scales？

As of 2008, the scale, produced by Shimadzu, has a history of 90 years. During this period, the most revolutionary event was the advent of electrification and electronic scales. Owing to its ease of operation and rapid measurement, its use has quickly become popular. However, their ease of operation and convenience also have hidden dangers, which may lead to major mistakes. Therefore, we will introduce the main points of how to ensure the correct use of digital weighing scales and obtain more accurate and reliable measurement results. To this end, we will also provide some suggestions for daily inspections. 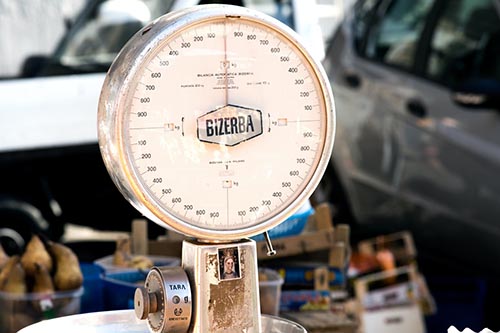 How the Electronic Scale Works

Understanding the structure of digital measuring scales is the fastest way to understand how electronic scales work. There are two basic types of electronic scale design: electromagnetic scale type and resistance line type (load cell type). Although they are based on completely different principles, what they have in common is that neither directly measures quality. They measure the downward force acting on the weighing pan so that the force is converted into an electrical signal and displayed on a digital display.

At this time, you may be wondering: Why can't my electronic scale display the mass value? This is because the reference standard of quality is weight, which is placed on the weighing pan to inform the electronic scale that the given force is equal to the given number of grams for conversion. As a result, accurate digital scales that cannot perform this conversion correctly cannot display accurate mass values.

Sensitivity error, depending on the accuracy of the calculation when converting force to mass, indicates that there is a difference between the value measured by the precision digital scale and the correct value. Usually, this is expressed as a deviation at the measuring point close to the electronic digital scale capacity (maximum measurable mass). The sensitivity error will increase or decrease according to how the user adjusts the sensitivity.

Due to the state of the scale itself or its original performance level, linearity errors can occur. Although the user cannot reduce this error level, the sensitivity error component can be minimized by appropriately adjusting the sensitivity.

Repeatability refers to the degree to which the same measurement value is obtained when measuring the same object repeatedly, and indicates the level of accuracy. It uses standard deviation or bandwidth to express the variability of the measured value. Repeatability not only depends on the state of the scale itself and the original performance level, but also on the way the scale is used and the environment.

The eccentricity error depends on the state of the scale itself and its original performance. The user can significantly reduce the load by carefully placing the load in the center of the weighing pan.

It is indisputable to check the digital balance scale every day or the day before use. At the same time, we certainly hope to confirm the normal operation of the analytical scale with the least amount of operations. First of all, it is necessary to check the weighing capacity of the electronic scale. We can put a weight with a known mass on the pan to confirm that the displayed value is within the standard value (the value specified by the user). If the value exceeds the standard value, we need to consider the next step. Do you readjust the scale until the value is within the standard value? Or send the scale for repair? In addition, we have two or three points that we need to perform routine inspections, such as checking the performance and general status of the electronic scale, checking whether there is contamination on the weighing pan or in the weighing room, and checking whether the digital display functions normally.

Although compared with ordinary scales, electronic analytical balances have a higher level of technology, we cannot ignore the errors it may produce.